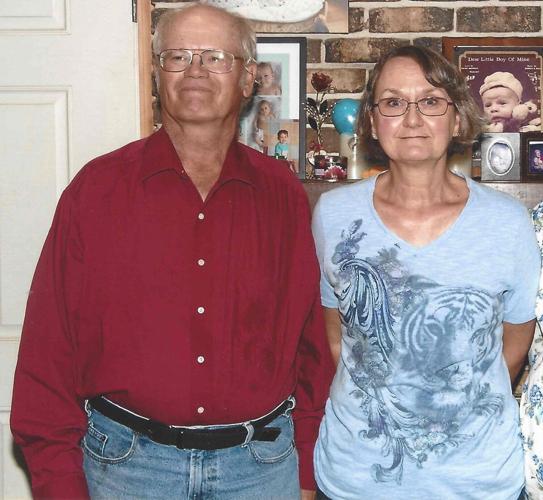 Charle Gaster and his wife, Alice, will be recognized with an award from the Aksarben Foundation on Sunday, Aug. 14, at the Cuming County Fair. The award honors the family's more than 150-years of owning the farm. 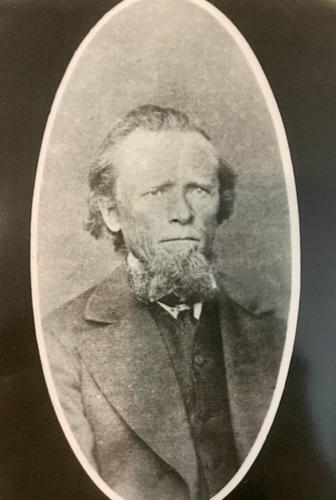 This old photograph shows Fred Gaster, the great grandfather of Charles Gaster. Charle and his wife, Alice, will be recognized with an award from the Aksarben Foundation on Sunday, Aug. 14, honoring the family's more than 150-years of owning the farm.

Charle Gaster and his wife, Alice, will be recognized with an award from the Aksarben Foundation on Sunday, Aug. 14, at the Cuming County Fair. The award honors the family's more than 150-years of owning the farm.

This old photograph shows Fred Gaster, the great grandfather of Charles Gaster. Charle and his wife, Alice, will be recognized with an award from the Aksarben Foundation on Sunday, Aug. 14, honoring the family's more than 150-years of owning the farm.

Three Cuming County farming families will receive plaques on the final day of the Cuming County Fair on Aug. 14 celebrating their decades of dedication and continuous farm ownership.

Barb Schlickbernd, secretary of the Cuming County Agricultural Society, said the three families are slated to be honored at 4 p.m. on the last day of the fair, as well as be featured in the fair parade.

According to a press release, officials at Aksarben began, “recognizing the dedication and perseverance of Nebraska farm families in 1956.”

“Since then, nearly 10,000 families have been recognized statewide. Paying homage to these families is something Aksarben looks forward to each year and, along with Nebraska Farm Bureau who partners on this award, we are excited to announce this year’s honorees,” officials stated in the press release.

Mark McHargue, president of the Nebraska Farm Bureau, stated in the press release that the award is a prestigious honor.

“(The) Nebraska Farm Bureau is proud to be part of this long-standing program. Farm and ranch families deserve to be recognized with this coveted and prestigious award which includes nearly 10,000 families in its alliance,” he said in the release.” These awards recognize the commitment to preserve and build Nebraska agriculture for future generations.”

Each family will receive an engraved plaque and gate-post marker at the county fair in the county where their farm is located.

The families honored include Ron and Bonnie Ahrens, brother and sister, who manage the family farm 5 miles east of West Point on Highway 32.

Bonnie Ahrens said the land has been in the family 102 years, and currently is rented out to other farmers who grow corn and soybeans.

“We were excited,” she said of learning of the Aksarben honor. “Family farms are very important. It is a great place to raise a family. John Ahrens, the founder of the farm, came across the ocean on a boat from Germany. They started out in Bloomfield and then they moved here.”

Alice Gaster said the family owns 500 acres of farmland northwest of West Point along Highway 275 near the bridge. They grow corn, soybeans and have some stock cattle, she said.

Charles Gaster, who owns the farm with his wife, Alice, said there is a deep, rich history on his family farm harking back to the Civil War era, when his great-grandfather arrived from Germany.

“I’m very happy to receive this award. My Great Grandfather Fred came from Brandenburg, Germany. He lived in Wisconsin for about 19 years then moved to Nebraska around 1864,” said Charles Gaster. “He brought with him at least six children, the seventh was born in a dugout on the farm. His wife died shortly after of typhoid fever.

Charles said his great grandfather, “survived floods, dealings with Indians, grasshoppers and tornadoes during his life.”

“The Indians camped on the west side of the farm. Today we can still find arrowheads and pottery pieces there. He got along well with the Indians,” Charles said. “They hung their buffalo meat in his barn and stored their canoes close by. My Grandfather Frank inherited the homestead and farmed throughout his life. He was known for training horses.”

“(Lester) raised bees and did taxidermy and was well known for his flowers. He had a great interest in hybridizing plants. We have continued to run a family farm with row crop and stock cows,” Charles said in an email. “We had five children that still live close to the area. Farming is important because it carries on the tradition of generations of farmers. Farming provides a connection to nature that many people may miss out on. We enjoy the quiet of the rural areas.”

Ryan and Sherry Roeber own the Kratke-Roeber farm, which will also be honored with a 100-years of ownership award.

Sherry Roeber said the family is, “excited and honored to receive this award and share this experience with our children. It has been fun sharing the farm family history with them.”

The Kratke-Roeber farm is located in Cleveland Township in northern Cuming County.

“The farm was originally purchased by Ryan’s great-great grandfather Ludwig Kratke - wife Augusta - in 1891. In 1912 the land was transferred to Albert Kratke, son of Ludwig & Augusta. Albert and his wife Mathilda ‘Tillie’ Schmidt made this farm their home,” Sherry explained. “Albert and Tillie had two children - Elmer Kratke & Mabel Kratke Roeber. Elmer never married and lived his entire life on the original farm place. Marvin and Mabel Roeber made their home just a couple of miles down the road from the original farm and they had two sons, Dennis and Terry.”

Sherry said Dennis and Delores Roeber and their four sons - Robb, Rick, Ryan and Reed made their home on a farm in close proximity to both farms.

“Elmer passed away in 1999 and the farm was transferred to Mabel. After Mabel’s death in 2001 and Marvin’s death in 2002 the original farm was transferred to Dennis & Terry Roeber,” Sherry added. “In 2003 Ryan Roeber purchased the original farm from his dad & uncle. Ryan & Sherry (Zvacek) Roeber were married in 2004 and made this farm their home until they moved in 2008 to the Marvin & Mabel Roeber farm place. Ryan & Sherry have three children - Kylie, Zach & Ashlyn.”

Today, Sherry said, the farm comprises 160 acres with 110 acres of crop land and 40 acres of pasture along the Rattlesnake Creek. On the remaining acres, there is a farm place with the original barn, outbuildings, cattle yards & grain storage, she noted.

“Family farms are special and it is incredible to think about all the memories that we have made on this farm! Then multiply those memories for the generations that came before us and it is overwhelming & humbling,” she said. “And, we are hopeful & optimistic that if we continue to take care of the farm it will provide opportunities & memories for generations to come. Life truly is better on the farm!”

The three families will get their awards at 4 p.m., Sunday, Aug. 14, in a ceremony. That will be followed by the traditional fair parade, which will be led by the three honored families.

Welcome to the discussion.

Keep it Clean. Please avoid obscene, vulgar, lewd, racist or sexually-oriented language.
PLEASE TURN OFF YOUR CAPS LOCK.
Don't Threaten. Threats of harming another person will not be tolerated.
Be Truthful. Don't knowingly lie about anyone or anything.
Be Nice. No racism, sexism or any sort of -ism that is degrading to another person.
Be Proactive. Use the 'Report' link on each comment to let us know of abusive posts.
Share with Us. We'd love to hear eyewitness accounts, the history behind an article.

Sorry, there are no recent results for popular videos.

Sorry, there are no recent results for popular commented articles.